I’ve been having a problem with social media lately. The problem is not only that I am an antisocial introvert who would like to remove the “social” part from social networks and leave only networks, but the problem is that I love freedom of speech more than anything.

Moreover, I believe in freedom of speech and support it on a daily basis, even when I disagree with what is said or when the statement completely contradicts my opinion.

Not really, is it?

If we delve a little through recent history, we will quickly realize that all popular dictatorships were based on just such an understanding of freedom of speech – everything is ok as long as you say what we tell you to say. The second you say something that goes against our way of thinking and propaganda, it’s over and you’ll disappear without a trace because you’re dangerous to the system.

I think it’s important to know history because knowing history helps us better understand the present, and in a way history is always repeating itself. You don’t believe me? Just wait.

But even with a step or two ahead, I did not expect that in the 21st century we will experience censorship on the Internet advocated by the so-called liberals who are actually as liberal as Hitler but wait…this is currently an unpopular thing to say so I’ll just shut up.

This statement would most likely cost me a shadow ban on Twitter, Instagram and Facebook, and if I repeat my offense multiple times in a row I could permanently lose my accounts.

Because, nowadays freedom of speech means that we are free to speak only what agrees with the narrative served to us by the paid media and the pharmaceutical industry. Much like in Nazi Germany.

But as this is a place where we discuss social media, business, the internet and other beauties of the online world, then I will also refrain (as much as possible) from political comments. Although it is difficult, I am very political and full of unpopular opinions.

We may agree in opinions or not, but the fact is that technology giants have recently teamed up with the intention of silencing anyone who says what disagrees with the currently popular opinion.

Start questioning (without including conspiracy theories) the effectiveness of certain ideas (and rules) currently taking place around the world and you’ll fly off Instagram and Twitter before you get to press Publish.

You don’t believe me? I challenge you to give it a try, at least out of curiosity, and then let me know how it went. Just a little warning, no – I can’t get your profile back after you get banned on Instagram.

All this led to the development of a new social network called – GETTR.

Gettr is a (relatively) new social network very similar to Twitter only, unlike Twitter, on Gettr you can express your unpopular opinion and you will not get banned which is really great. Of course I had to try the whole thing and yes, it really works. I posted an unpopular opinion and… ..silence! Only crickets are heard, not angry so-called liberals who are pissed off because they advocate freedom of speech as long as that speech agrees with their way of thinking.

I know, it’s confusing to me too.

Basically, Gettr was founded by Jason Miller, a former Trump spokesman and adviser, in July 2021, and envisioned it as a brand-new social media platform founded on the principle of free speech, independent thought and rejecting political censorship and ‘cancel culture’.

Whether this is indeed the case and whether Gettr will become the new Twitter for people who love freedom of speech or will infamously fail remains to be seen.

How to open a profile on Gettr?

Download the app from Google Play or the App Store.

Enter other information that the application will ask for. You can log in with your email or phone number. 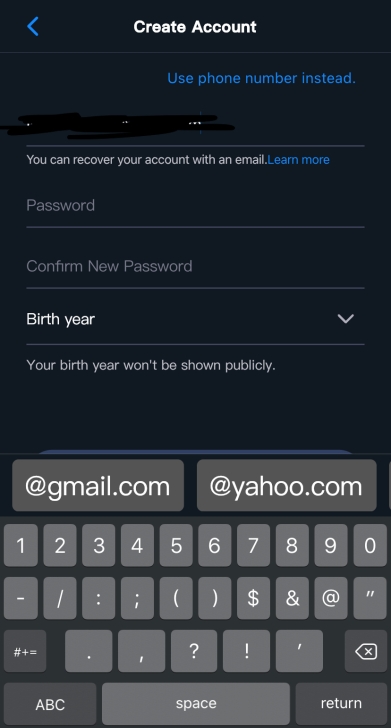 Prove that you are not a robot.

Now you can finish filling out the profile, add your picture, link to the website if you have it and write something in Bio.

And that’s it. You have successfully opened your profile on Gettr. You can start posting everything you are not allowed to on Twitter and Instagram.

Gettr will suggest certain popular users like Rogan that you can follow, or not. Do what you want to do, just be polite and respectful.

What do you think about this new social network? Let me know.